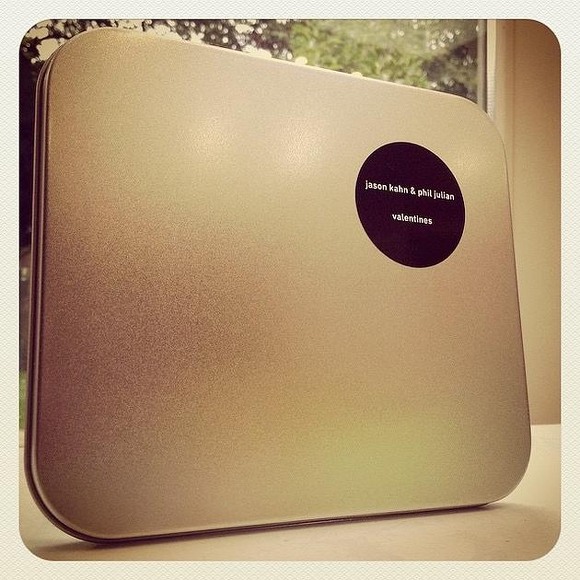 “Valentines” documents the first duo meeting between Kahn and Julian, recorded during Kahn's tour of the UK in 2012.

The initial idea was to meet and hopefully generate audio material that could then be used later as the basis for a composition. It seemed apparent that the three improvised pieces that makes up “Valentines” stood up well on their own merits without the need for further embellishment.

The session was recorded by John Macedo, who also conducted an interview with the pair about their approaches to recording and performing.

No overdubs, edited for length only.