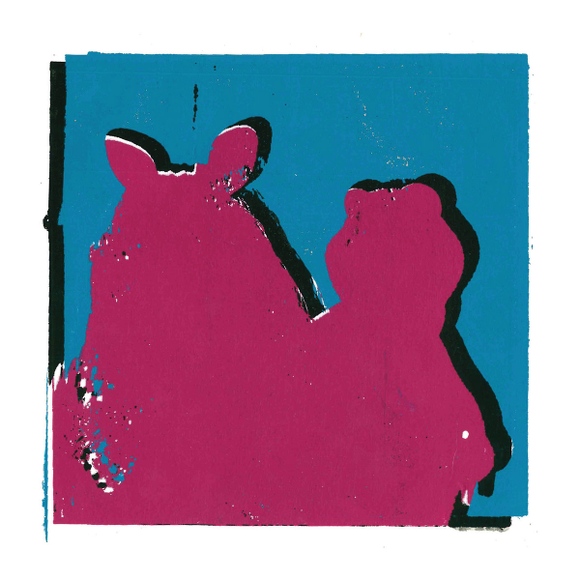 Three tracks which emerged from a rehearsal session in an oddly decorated room in South Croydon.

“Laughing Out” is the duo’s sing-along summer anthem and shares some DNA with “Love Can’t Turn Around” as re-imagined/destroyed by a middle–aged balding chap with a deep distrust of the dancefloor.

“For Vocal” appears to be a recording of people moving pallets of ride cymbals wrapped in tin–foil around a warehouse but it’s hard to say, really. Almost certainly important.

“Palazzo” = a computer minding its own academic business + some curmudgeonly American test equipment + some honeypot crooning = not a dry seat in the house.

Mastered by that Phil Julian.

Screenprint of a legendary double–act by Lukas Julius Keijser.